(from The Story of Sushi by Trevor Corson)

• Sushi traditionalists say the fish should never be raw—nor should it be completely fresh.

• Today’s sushi began as a type of fast food—the 19th-century Japanese equivalent of a McDonald’s drive-thru.

• The word “sushi” doesn’t refer to fish at all—it refers to rice that has been seasoned with vinegar, sugar, and salt.

• Americans assume sushi is good for them. In fact, most sushi rolls served in the U.S. are loaded with carbohydrates, sugar, fat, and sodium.

• Inside-out rolls are the mainstay of American sushi—and are an American invention. They didn’t exist in Japan until recently, when they were imported from the United States.

• The mound of wasabi you get at a sushi bar isn’t wasabi at all. Moreover, by mixing it in your soy sauce, you are reducing its potency—and offending the chef.

• Most Americans have never eaten a proper nigiri. Sushi chefs in the U.S. pack their nigiri much too tightly on purpose, because Americans don’t know how to eat them.

• A key flavor component of sushi served both in the U.S. and Japan is a form of MSG—which was invented not in China, but in Japan, by Japanese scientists studying seaweed.

• Japanese usually eat miso soup not at the beginning of the meal, but at the end—to aid digestion.

• In Japan, an apprentice sushi chef spends two years learning to cook and season the rice, and another three learning to prepare fish, before he is allowed to work behind the sushi bar.

• In the U.S., high demand for sushi chefs means that many work behind the bar after only a few months of training.

• In Japan, women experience discrimination at sushi bars, both as customers and when they try to become chefs.

• Sushi chefs do far more cooking behind the scenes than most customers realize. At the sushi bar, the chef must be not only a master of kitchen skills, but a savvy performer as well.

• Many sushi chefs believe that the customer eats not just with his mouth, but with his eyes. Preparing sushi is like creating a Zen garden.

• The knives used by sushi chefs are the direct descendants of samurai swords, and the blades must be sharpened and reshaped every day.

• The priciest ingredient of modern sushi—bluefin tuna belly—was once so despised by the Japanese that they considered it unfit for human consumption.

• Among sushi toppings, clams actually have more flavor than any of the fish. At the sushi bars of old Tokyo, customers often preferred boiled clams over raw slices of fish.

• One of the favorite sushi fishes—yellowtail—is factory farmed like veal and fattened until its muscles disintegrate while it’s still alive.

• The mass-production of sushi rolls was made possible by a pioneering female scientist in Britain in the 1940s. Japanese seaweed farmers have erected a shrine in her memory.

• The raw shrimp served in sushi all begin life as males—and then they all suddenly become females and have sex with their younger siblings.

• The best sushi chefs prepare octopus by giving the animal a lengthy, full-body massage—while the creature is still moving. 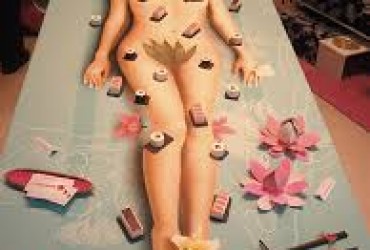 Considering for a country with language that doesn’t really have a word for “fuck”, …
Japanese Culture
More 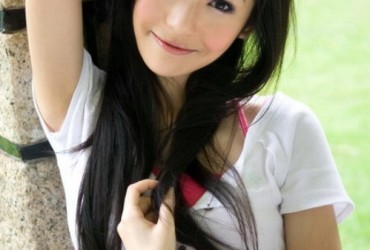 While marriage rates in Japan have been declining overall, a growing number of Japanese women …
Japanese Culture
More