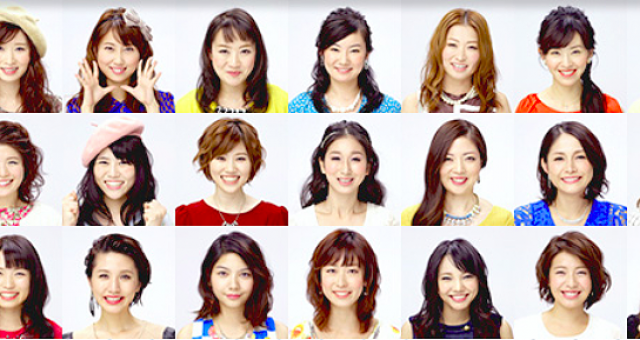 When you fall in love to a gentle, feminine and beautiful Japanese woman then understanding her can only seem to be an uphill battle and an impossible task! Nothing can unravel a love relationship more quickly and disastrously than not really knowing what makes your partner tick!

No matter which country you are from (except Japan off-course), Japanese culture is so unique that without living in Japan for a while, it is almost impossible to understand why Japanese people think and act the way they do. Especially when it come to Japanese women, the mystery seems to just multiply by FIVE!

This is why we created this resource as a one stop guide to help you understand Japanese girls and Japanese love culture.

You can’t talk about love without knowing how to say it first, especially in the native language of the person you are pursuing. If you have been searching for the web to find ways to say love in Japanese, search no more! You have got to the right place. We have collected answers for you in one place.

The most accurately translation is “ai”, but as you might know Japanese do not use the word “love” lightly so in many cases people (especially girls) settle on using “Like you very much”.

Having said that, there are many dialects in Japanese. If you want to know the universal one (the Japanese spoken in Tokyo – Kanto region is considered the standard version), which is “Daisuski”. In case you are interested in all the other dialect versions, we have collected them as follow.

Q: How to spell love in Japanese?

A: Love in Japanese in written as “あい” and is pronounced “ai”.

In Kanji it is written as “愛”

Q: How to write “Love” in Japanese Hiragana?

How to approach Japanese women?

Now that you know how to at least say “love”, let’s talk about practical stuff. No matter how old or experienced you are, getting connected with someone who is not from your own culture is always a challenge, especially when it comes to opposite sex. This is why we created various tips to help you take that first step, from learning how to talk to Japanese girls, what are the right approach, and how to attract them. Most of all, being romantic and understand what romantic gestures Japanese girls looks for can help you beat your rivals (if you have one).

Apart from just knowing how to approach Japanese women, it is also important to understand Japanese culture. Even if you manage to start dating with a Japanese girl, if you don’t act appropriately around her friends and family, for sure you will get strike out (excuse the baseball analogy) in no time!

This is why we have also created various Japanese cultural topics to help you get familiarized and know what to expect once you start dating with a Japanese woman. 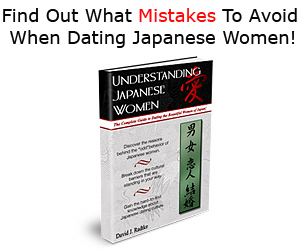 A Must Read For Foreigners

In addition to the resources we provide, if you are passionate and sincere about expressing your love in Japanese then Dave Radke’s e-book “Understanding Japanese Women” should become your most trusted teacher and companion.  This surprisingly simple yet genuinely authentic book will not only provide you with an in-depth knowledge about the socio-cultural background of Japanese women but will give you deep insights on how to avoid and successfully resolve various problems that western men usually encounter when expressing their love in Japanese while they are dating or married to a Japanese woman.

Who is Dave Radke?

Written by an American man who has been happily married to a Japanese woman for more than a decade, Author Dave Radke’s “Understanding Japanese Women” is not a run off the mill dating manual but a serious relationship guide on dissolving cultural barriers and expressing your love in Japanese to a woman who is completely different from the Western counterparts.

Radke has been settled in Japan for fourteen years now and is a highly accomplished translator, international consultant and relationship counselor in the country. This book on expressing your love in Japanese was born when the author began a web site to help other foreigners like him who were trying to understand Japanese women but were constantly running up against brick walls when it came to working on a relationship that would not end with heart break! His years of experience in dating and eventually marrying the woman of his dreams proved highly valuable in helping Westerners resolve inter-racial barriers and express their love in Japanese successfully and even saved a lot of couples avoid impending divorces!

The wide reach and overwhelming response to Radke’s website thus led him to compile the e-book titled “Understanding Japanese Women” which could serve as the guide for any Westerner who was keen on expressing his love in Japanese and experiencing a joyful relationship with a beautiful Japanese woman.

What will you get from this book?

In this book you will learn how to interact with Japanese women in general, which includes dating dos and don’ts. You will also understand whether learning their language is important in order to express your love in Japanese, and how exactly Japanese women view relationships and more importantly their role in relationships. You will also know about what is expected from you and what is not expected from you when you are in a relationship with a Japanese woman. In Radke’s words “My goal for the e-book was to take everything I have learned so far and teach it to others so that they can avoid the mistakes I’ve made in the past.”

Like thousands of readers who have picked up this book, even you too will wish that you had come across “Understanding Japanese Women” a long time back!

The invaluable cultural and relationship insights of the Japanese women and how they perceive the western man makes this e-book an essential reading for every male who wants to express his love in Japanese to the woman of his dreams!