Japanese girls likely look at you and think ‘foreigner,’ but what does that really mean? In Japan, they have a word for foreigners called ‘gaijin.’ This means that you are either in or you are out, literally. The word gaijin means person from outside. In this case, outside of Japan. It comes from the more formal ‘gaikokujin’ which means person from a country outside of Japan. If you go to Japan as a foreigner, depending where you are, you’ll probably hear this word, likely spoken in hushed giggles, a lot. No matter where you go, you will stick out from the crowd. But don’t despair, not all stereotypes about foreigners are bad and understanding exactly what Japanese girls might think of you can actually be used to your advantage.

Let’s take a look together at some of the common stereotypes and possible misconceptions that Japanese girls might have about foreigners. Popular culture, especially anime and manga, is a huge source of input for these kind of stereotypes. This type of animation often portrays foreigners in a certain way that probably influences what Japanese girls think about foreigners. A word of caution, these are overly generalized characteristics and stereotypes so try not to get too offended.

There is a singular way that Japanese animation tends to represent foreigners. That is the caucasian stereotype. This foreigner will be animated with messy blond hair and blue eyes. Most, if not all, Japanese people have black hair and dark brown eyes, so the foreigner is portrayed this way to differentiate them from these other characters in anime. Of course, foreigners are not all blond and blue-eyed caucasians, but this is an easy way for the animators to make a different character for the foreigner. If you don’t happen to be blond and blue-eyed don’t fret, Japanese girls have a lot of movie star crushes on Hollywood actors of all types.

Foreigners in anime will also likely have a big nose, bushy eyebrows and an overly gregarious or enthusiastic persona. Often times, this character has an exaggeratedly tall or big body. If the character is a little bit older, he will likely be overweight. While its true that some Western foreigners are generally taller than the average Japanese man, the difference is certainly not as great as it appears in animation. Luckily, though, foreigners are  considered to be handsome and dashing to many Japanese girls. 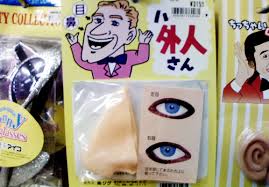 Another overwhelming stereotype of foreigners in Japanese anime is that they speak little to no Japanese. This is used for comic effect (see the video below, for example). As a result, Japanese people are often scared of approaching foreigners or engaging them in conversation. But don’t despair. You can use this to your advantage. Learning just a little bit of Japanese and knowing when to use it will be sure to impress Japanese girls.

Many foreigners are portrayed as being either confused or ignorant of Japanese culture. Of course, Japanese culture is quite a mystery to foreigners but brushing up on the basics of etiquette and common courtesy can go a long way to disarm this stereotype. Use this site to learn more about the ways to approach Japanese girls and get some great ideas about culturally appropriate dating spots to ensure that your date with a Japanese girls goes smoothly.

There is a myth that all foreigners speak directly or are incredibly impolite. This is actually more of a linguistic issue than a cultural one. The Japanese language is structured so that almost all topics are spoken about indirectly. Also firm or certain statements are avoided. For example, if someone asks if you will be able to come to their party. If you simply replied “No, I’m busy that day.” That would be considered too direct of a statement. Instead, it would be more common to say “I’ll see what I can do,” or “It might be a bit difficult but I’ll try.” These statements when taken at face-value might seem to suggest that you will attend the party. But to a Japanese person they would already give the impression that you likely won’t be going. I know it seems a bit complicated right now, but don’t worry. There are many great articles here to help you in intimate situations and help to demystify the Japanese language and give you the tools to succeed when dating a Japanese girl.

Another stereotype about foreigners that is often represented in Anime is the dirty or disheveled foreigner. Unless, of course, you are British. Americans are sometimes portrayed as sloppy or inappropriately dressed. Maybe they are wearing flip-flops or shorts and a baseball cap, for example. Japanese girls love to dress up. So if you don’t want to feel underdressed for your date, take some time getting ready. A pair of nice shoes, pants, and even a shirt might help give her a good impression. Keep the top button unbuttoned to keep it a little more on the casual side. Avoid wearing hats and take some time to groom your hair to avoid the messy dirty stereotype.

Like I said earlier though, despite all of these stereotypes about messy, dirty, or impolite foreigners, the overwhelming consensus is that foreigners are good-looking. Even in animation, foreigners are often represented as the love object, causing girls to faint as they walk past. As long as you take a moment to take care of your appearance before heading out on your date you will be sure to win the heart of a Japanese girl with your dashing good looks in her eyes.

In Japanese popular culture, foreigners can be characterized into a number of sub-types with different personas. Of course these are characters in animation, but maybe you can use some of the more heartwarming aspects of these characters to win the way to the heart of a Japanese girl.

There is the geek character. This person will usually be skinnier and wearing glasses. They are usually socially inept or at the least, a little bit shy. Shyness in men is actually an adorable quality to Japanese girls. So if you are naturally a little bit shy, don’t worry, Japanese girls love a little bit of hesitation and awkwardness. This character generally possesses a superior intelligence but is embarrassed about displaying it. Modesty is a big part of Japanese culture and so don’t go around bragging about your accomplishments. Let her discover your awesome intellect naturally over time.

Then there is the otaku gaijin, or Japanophile. This type of foreigner is japan-crazy and likely knows more about Japan than the average Japanese person. Maybe they even speak Japanese. And they definitely have a very favorite anime series and manga (Japanese comics). The stereotype of this type of foreigner can be a a little bit creepy. It is one thing to be enthusiastic about Japanese culture, but being too overzealous could actually turn a Japanese girl off. Many otaku are portrayed as being loners and outcasts of society who prefer their fantasy life more than real life. Even if this isn’t true, you definitely want to avoid giving this impression. So, if you are a japanophile or know a little or a lot about anime and mange, don’t overdo it at the beginning. Make sure the focus is always on your date. Even if she brings up her favorite anime or managa characters and you happen to know them as well, great! That could be a great way to bond, but don’t thrust your own obsession on her straight away. A love of Japanese culture is a great place to start from to get insider tips on dating Japanese girls. Use this knowledge to your advantage to impress her with your knowledge of culture, religion, maybe even the tea ceremony. But make sure that the conversation is a two-way street and you find out just as much about what she is interested in as well.

A few more foreigner archetypes persist in Japanese animation or manga. There is the athlete/jock type and the academic, often British, arrogant snob. These two might be considered as polar opposites. The jock is often portrayed as overly large and clumsy and often well-meaning but dimwitted. The academic is a pretentious type that doesn’t find the time to notice the people around him. If either of these stereotypes even approach a part of your personality, try to surprise your Japanese date by doing something out of character. If you are more the jock type, maybe try to impress a Japanese girl by a trip to the museum. For academic types, maybe a concert could add a little hip excitement and rock your date out. Either way, make sure the focus is always about learning more about your Japanese date and making her feel comfortable and appreciated. 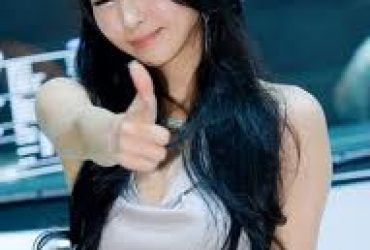 All over the world, we find that guys are attracted to girls for one reason …
Japanese Love Culture
More 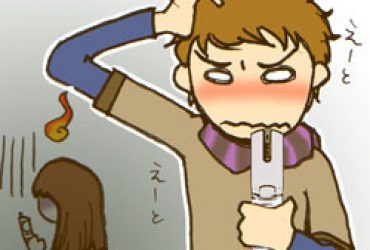 It is a well-known fact that communication is what keeps relationships strong and healthy through …
How to Date Japanese Girls, Japanese Love Culture
More 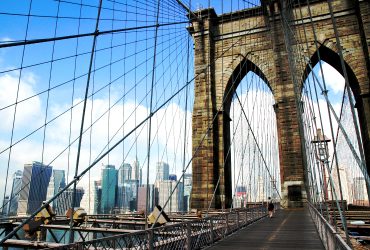 image source New York city is an adult’s playground; there is so much to …
How to Date Japanese Girls, Japanese Love Culture
More